“Locked and loaded” Ft. Worth parent is predictable result of CRT and should be taken seriously….

“Locked and loaded” Ft. Worth parent is predictable result of CRT and should be taken seriously….

“Locked and loaded” Ft Worth parent is predictable result of CRT and should be taken seriously….

Critical Race Theory (CRT) continues to encourage hatred and division based strictly on melanin content. Said another way, CRT promotes hatred based on one’s apparent “race.” Rev. Dr. Martin Luther King, Jr.’s admonition encouraging us to judge one another based on principles of “content of character” (instead of arcanely biased and arbitrary assessments based on “color of skin”) is drowning in CRT’s wake.

CRT encourages complete rejection of all “Whites,” as they are cast as perpetual “oppressors” and “victimizers” wholly responsible for the scourge of slavery, lynching’s, and countless hateful deeds carried out (mainly during the 1800s) against Blacks. Such wholesale rejection results in blame and irreparable hate and division against Whites. But are “all Whites” responsible for the hatred and oppression suffered by Blacks over 120 years ago? After all, there was a civil war – doesn’t that mean at least half the “Whites” sacrificed themselves to help set Blacks free? It’s peculiar that the faction of Whites that triumphed in setting Blacks free isn’t even mentioned. Instead, narratives that cement hateful emotionalism constantly drive CRT rhetoric. Why?

CRT seeks to take full advantage of people’s emotions. CRT conjures practically any negative emotion imaginable: fear, anger, hate, rage, distrust, guilt, shame, and more. Emotionalism drives the CRT narrative instead of logic and reason, so it’s easy to understand why people overlook the real culprit deserving full credit for the scourge for the evil of 1800’s. It wasn’t “all Whites!” It was a particular faction of “Whites.” Why isn’t this specific faction ever specifically denoted, highlighted, or mentioned? Why aren’t they ever written about? When asserting examples of “White Supremacists,” “racists,” or “systemic racism,” neither DeAngelo nor Kendi used this particular faction as examples in their books (even though they fit all these perfectly). Why? Factual history can be pretty inconvenient to Progressive malcontents.

The fact is, there was only one faction of a hateful, racist group of slave owners. This notorious faction fought to prolong and enshrine slavery, dominated the judgeships as Progressive judges & legislators, and therefore unjustly upheld on Plessy v. Ferguson, “separate but equal” Jim Crow laws, the Dred Scott decision, and other notorious rulings against Blacks. Moreover, people possessing this wretched mindset encouraged and supported KKK, lynchings and rejected the 13th, 14th, 15th Amendments. Yet, this faction is absent from textbooks, conveniently overlooked by CRT proponents, and never credited as part of CRT history. Why? Because this faction lives on today as the Leftist Progressives pushing the CRT narrative.

It is doubtful the Black father in Ft. Worth, who became visibly angry and threatened to return to the local meeting with 1000 “locked and loaded” soldiers, has any clue that the same people he blames and hates for historical oppression are (likely) the ones whom he lauds and supports! He likely doesn’t understand that accurate history confirms the same faction of people with the mindset of doing all they can to prolong Black enslavement and Black plight also themselves by embracing White supremacy, racism, hate, and slave ownership, is often the same faction who have been purposely erased out of history books to manipulate people like him into believing a false narrative.

CRT posits all Whites are culpable in slavery while completely absolving the true faction of hateful White racists from any reasonability. And there is only one responsible party for slavery in America, and it’s not “all White people.” It’s literally a Party: The Democrat Party! The “1619 Project” and CRT advocates demand “accurate history” be taught in schools, but they don’t accurately identify the Party most responsible for slavery – why not? If CRT proponents want historical truth and accuracy, shouldn’t they highlight the examples of “White Supremacy” and “systemic racism” within the Democrat Party and call for its abolition?” Instead, it seems those most aggressively pushing CRT today (Democrat Leftists), are doing so to conceal their Party’s complicity with its background of supremacy, racism, and hate of the past! They need to own their history finally and repent of it.

Alas, CRT is designed to do exactly what it’s doing within American culture: to emotionally manipulate and deceive the masses to drive bitter discord, hatred, and division based on race. This level of purposeful deception they call “woke!” Ironically, the deception is designed so people don’t awaken to actual facts about the 1800s and appropriately lay blame to real culprits of the hateful, racist scourge. By contrast, Every Black Life Matters (EBLM) opposes CRT because we seek a great awakening with truth and facts to empower and unify all people. A great awakening can energetically revive freedom and unity! EBLM invites the concerned Ft. Worth father and his 1,000 soldiers to meet and discuss the truth about actual history. We accept that his “locked and loaded” comment was a euphemism, and indeed we offer to meet also “locked and loaded” with the truth that will help to set us all free!

Every Black Life Matters… because every life matters indeed!

Diversity Equity Inclusion (DEI) is a fraud…Change my mind!

God is beckoning all to His CRT (Critical Repentance Time)…Will we heed His call?

Black Virginia voters are once again being disrespected by the spectacle, but: “We see you!”

A Critical Eye on Critical Race Theory By Rafael Hoffman

Open Letter to MLB: Where is the same courage as Branch Rickey? 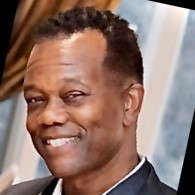 Kevin McGary is an entrepreneur, author, and public speaker. In the arena of civic engagement, Kevin serves as Chairman of the Frederick Douglass Foundation of California, and is an executive with the Douglass Leadership Institute and the Northstar Leadership PAC.

As a professional, Kevin has worked the past 35 years in Information Technology. He has been designated a “Top Performer” throughout his sales career in the arenas of Cybersecurity, Enterprise Applications, Application Development Automation and Enterprise Job Scheduling/Utilities. He has entrepreneurial skills as he has started and participated in a number of “start-ups!” Kevin leads a collection of proactive individuals committed to developing innovative and new approaches to today’s socio/political issues, and with the assistance of elected officials and myriad of community activists, he lectures and provides workshops about todays most perplexing issues.

About the Author: Kevin McGary

Our mission is to protect black life from conception to death by confronting injustice and deconstructing barriers inside and outside the black community through a national platform of training, networked resources, community organizing and faith building.