The Shift To Greatness organization is hosting a rally on November 7th in Las Vegas to call upon fellow artists of every expression to use their gifts to express faith, hope and love throughout America.

Speaking at the event:

“It is time to move beyond the injustices of yesterday to the greatness of tomorrow of all American today.” — William Owens

LAS VEGAS, NV, November 6, 2017 | TruthPR.com | — William Owens, Poet and Author of 13 books, is rallying artists, cyclists, people of faith and fellow Americans for a Shift to Greatness Throughout America.

William Owens, Jr., is about to undertake a massive personal journey to stir the conscience of Americans back to greatness. It’s called The Shift to Greatness Bike Trek. The bike trek will depart from the “Community Healing Garden” in Las Vegas following the Press Conference on Tuesday, November 7, 2017.

Bicycling between 40 and 60 miles per day, Owens will cross the western U.S. along the Southern Route stopping at colleges, churches, coffee shops and events where he is being hosted as well as talking with complete strangers about greatness that is within them. He will also do poetry readings from his latest book, Poems For America. 53 poems that where written consecutively everyday from September 14, 2016 until the election held last year.  His bike has everything he needs including his tent, sleeping bag and even his portable cooking unit.

Owens’ goal is to cause people to recognize that we must shift from the pain of the past to the promise of greatness for all Americans. Through Forgiveness empowered by God’s grace we can heal and experience a full and abundant life for ourselves and being a catalyst for others.

Owens begins the first phase of his trek this month starting November 7th from Las Vegas and makes his first Shift to Greatness meet and greet stop over 300 miles later, in Phoenix, Arizona on around November 17. Owens will then continue his bike trek to where God will lead him.

“The Shift to Greatness theme core message is to move beyond the pain of the past,” Owens said. From racial injustice, inequality, divorce, child abuse, financial ruin or any other of the life’s pain, we’ve all have had to experience. The most difficult part of the pain of the past, is when we fail to forgive ourselves and therefore others. When we do, we can never experience a “Shift to Greatness”.

Owens said, “My mission is to create a deep desire within the hearts of people to pursue the greatness that God has placed within them and to allow that hope to inspire them to want the same for others. No matter what happens, we must never never never loose hope and give up on the dream that God has put in our hearts.

Learn more about the ride and how you can help at www.shifttogreatness.org 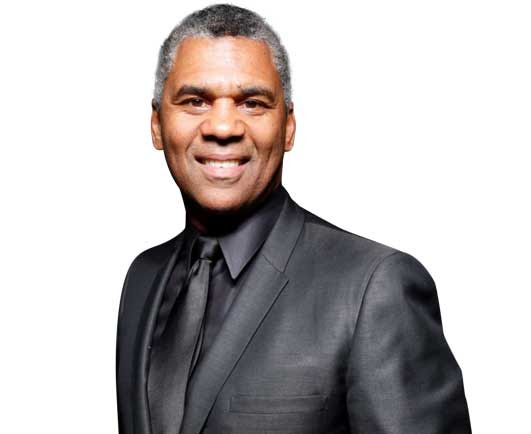 William Owens is a prolific author of over 13 books within the Christian literature genre which include Divine Protocol, Warriors Arise and Naked Before God – Words that Express My Heart – a compilation of 44 poems. His latest book of poetry is Poems for America. A compilation of 53 poems written every day between September 14 and November 8th. Also included a few bonus poems. The poems reflect the conflicting political times in America of 2016 and the need for God to intervene. In these poems, the reader will experience America through the eyes of a poet who loves God, country and his fellow neighbor.

About the Author: William Owens

William Owens is currently launching a national bike trek called, Shift to Greatness – A Biblical Transition from the Pain of the Past to the Promise of Greatness for All Americans. Starting the fall of 2017, William Owens, Jr. will ride his bike approximately 50-100 miles in various cities throughout America to a pre-determined meeting location in which he will speak on the need to “Shift” from the old narrative of group politic to individual greatness by which our society is enriched. The purpose of the bike trek is to create a call to action of “shifting gears” towards greatness. It is “call to action” event that demonstrates what happens when people choose to go forward regardless of the countless reasons to remain stagnant and divisive.